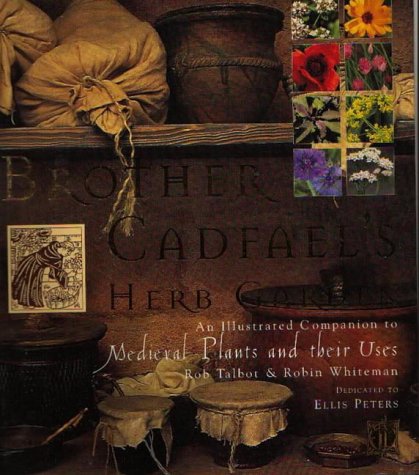 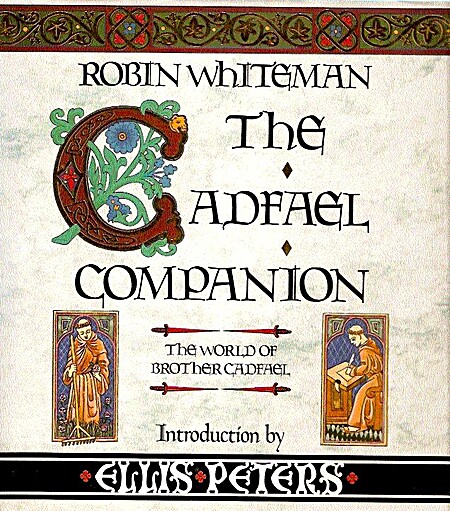 Shared five-star honors for two simply gorgeously illustrated coffee table books full of facts and knowledge about medieval monastery life (Benedictine and otherwise), the healing arts of the medieval monks, and the plants they used.  Must-reads not only for fans of Ellis Peters’s Brother Cadfael series but for anyone interested in the Middle Ages, monastic history, social history in general, botany, medicine, and pharmacy. 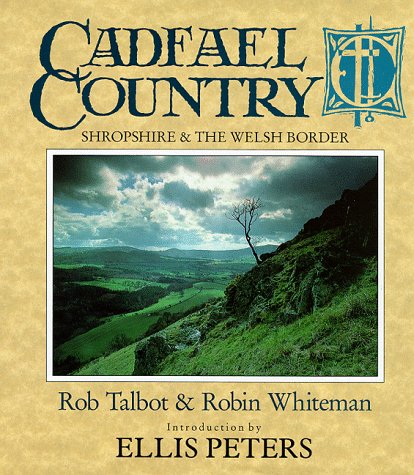 Incidentally, a third book by this pair of authors — Cadfael Country: Shropshire & the Welsh Borders — provided, together with Ellis Peters’s own Strongholds and Sanctuaries: The Borderland of England and Wales, important information and stimuli for the “Welsh borderland” part of my trip to Britain in late July 2017, and will certainly be consulted again should I make good on my plan to spend some time in Wales proper some day.

* Chiltern Hills and Thames Valley (to mystery lovers, aka “Midsomer County” — though given that this is an area chock-full of quintessential(ly) English villages, it’s no surprise that it also routinely provides locations for other series, such as Inspector Morse, The Vicar of Dibley, and of course, adaptations of Agatha Christie’s mysteries … Christie herself, after all, also spent her last years in this area, in a village just outside of Wallingford, where she is also buried.)

* The Welsh Borderland: The Welsh Marches, Herefordshire, and Shropshire

* Margery Kempe: The Book of Margery Kempe
* Julian of Norwich: Revelations of Divine Love
(have read bits of pieces of both, but never yet the whole thing(s) — something to be remedied soonish)

(“Queens” looks decidedly more interesting, but I figured since there were both volumes there … Unfortunately, neither contains any Plantagenet correspondence, though; they both start with the Tudors.)

* Chris Skidmore: Bosworth — The Birth of the Tudors

(The last two are decidedly more on the “outline” side, but they’re useful fast, basic references)

* Martin Gayford: Constable in Love — the painter John Constable, that is.

* Andrea Wulf: The Invention of Nature (yeah, I know, late to the party, but anyway … and at least I got the edition with the black cover!)

* Chris Beardshaw: 100 Plants that almost changed the World (as title and cover imply, nothing too serious, but a collection of interesting tidbits nevertheless)

* Michael Jecks, Knights Templar:
– The Leper’s Return
– The Boy-Bishop’s Glovemaker
– The Devil’s Acolyte
– The Chapel of Bones
– The Butcher of St. Peter’s
– The Malice of Unnatural Death

… and finally, two present-day mystery/thrillers, just to balance off (well, not really, but anyway …) all that history:

… plus several more mugs for my collection (because I clearly don’t own enough of those yet), two Celtic knot bookmarks, a Celtic knot T-shirt, a Celic knot pin, a Celtic knot designer pen (can you tell I really like Celtic knot designs?), assorted handmade soaps and lavender sachets, and assorted further postcards and sticky notes, plus in-depth guidebooks of pretty much every major place I visited (which guidebooks I sent ahead by mail before leaving England, so they’re currently still en route to my home).

ETA:
Oh, and then there’s John le Carré‘s The Pigeon Tunnel, which I bought at the airport right before my departure and am currently reading.  Books that you buy at the departure for a trip do qualify for a vacation book haul, don’t they?

… minus the book festival, but anyway.  Book town writ large.

So there I was, nicely pacing myself (read: trying hard at least not to enter every single book store I was passing) —

… but then this happened, and my self-control was toast:

I left the store with, among other things, the better part of Michael Jecks’s Knights Templar series (to the extent I haven’t already read it, that is, obviously) and a few other books in addition.

“Chalky,” the murder victim chalk outline figure lying so conveniently at the bottom of the True Crime section, was taken about town by a local artist, incidentally (I’d have paid anything for postcards of these images, but there weren’t any, so I had to content myself with taking photos of photos):

Oh, and just in case you’re wondering, like pretty much every self-respecting town in the Welsh borderland Hay-on-Wye does have a castle, too, and true to form it did get razed (or nearly, anyway) a couple of times in the various Welsh-English wars and the English Civil War … but who needs a castle when you have book stores?!  (It’s intended to be made another book-related fixture of the town, though, so that should be interesting.)

Last but not least and for the sake of visual context: This is what you drive through on your way to booktown central.

Introducing the authors who will be appearing at the Tenby Book Fair (part of the Tenby Arts Festival) in Tenby, South Pembrokshire, Wales, on September 24, 2016 (the festival runs through October 1).  Rats, now I really wish I could travel this year …