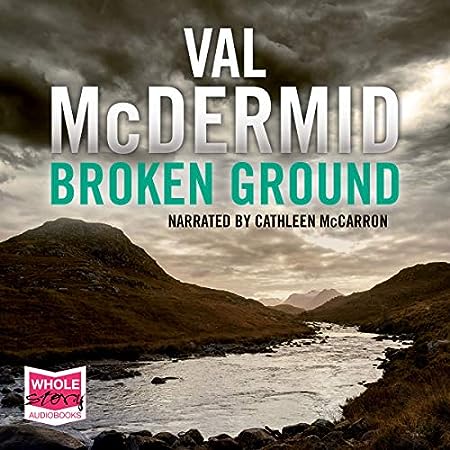 So what happened at the end there, Val?  Why that infernal rush?  Did you suddenly become aware that you were on your way towards producing a minor brick, or did your publisher tell you to cut it short?  There we were, sailing nicely along in the usual 4-stars-or-higher bracket into which this series typically falls for me, and then you first give us an arrest that couldn’t be a greater possible anticlimax, taking into account all that’s at stake there, and, literally as an aside, almost everything else that had been threatening to come crashing down on Karen’s head is tied up super-squeaky-clean in no more than a few puny words as well??  Fie.

Also — and I do realize this one is down to me, but nevertheless it does add to my aggravation — can we please be done with Karen’s new superior officer sooner rather than later?  I’ve had my own share of run-ins with this type of person way beyond anything I’m willing to take anymore (it also doesn’t help that I’ve recently seen — and am currently seeing again — shenanigans of a different, but equally infuriating kind); so the prospect that of all Karen’s problems that were still unresolved in the next-to-last chapter, this of all things is the one issue remaining unresolved, makes me not particularly rush to get the next book, whenever it’s going to be published.  I seriously do NOT want to meet this person again.  And unlike poor Karen, I have the freedom to opt out here; which I may very well end up doing, unless someone tells me that the supervisor in question is getting her long-overdue comeuppance and Karen is rid of her by the end of the next book at the very latest.

Finally, just curious: What’s your fascination with dead bodies surfacing from the depth of a peat bog?  This has to be at least the second, if not third book where that sort of thing is happening …