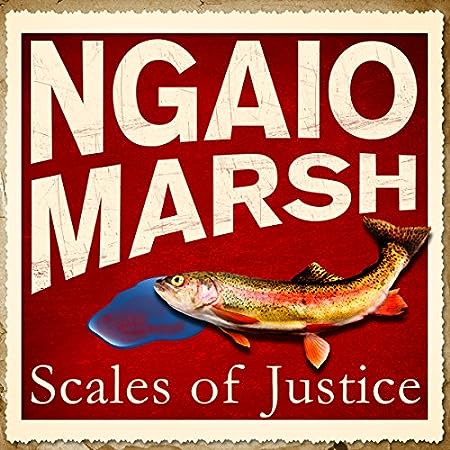 Scales of Justice is a book from the middle segment of Ngaio Marsh’s Inspector Alleyn series and a superb example of the “serpent [even] in Paradise” type of Golden Age mysteries.  Marsh goes to great lengths to establish the book’s seemingly idyllic rural setting, beginning with its name, Swevenings (which we learn translates as “dream(s)”), and introducing us to it through the eyes of the village nurse, who looks down on the village from a nearby hill and imagines it as a picture map, which she eventually really does persuade someone to draw for her, and which the book’s print editions duly supply in turn. 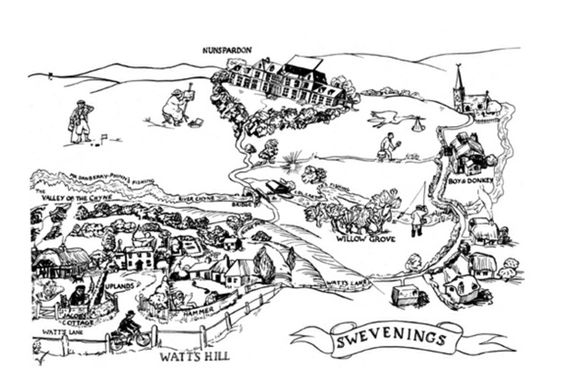 Yet, we very soon learn that all is not well in the Garden of Eden, and what superficially only seems like a petty squabble among neighbors, such as they may occur in any village, soon turns out to be a harbinger of much greater evil.  It doesn’t take long to emerge that when the local squire — a retired, formerly high-ranking diplomat — dies (of natural causes), with what seems like a version of Pascal’s wager and the word “Vic” on his lips, he is not, after all, belatedly asking for the local vicar to be called to administer the Last Rites.  And by the time a murder does occur not too much later, the village air is brimming with suspects and motives aplenty.

But to me, the book’s real significance doesn’t lie in its reprisal of one of the Golden Age mystery formulas successfully established in the interwar years as such (“et in Arcadia ego”), complete with rural charms and plenty of quirky characters (and cats!), but, rather, in what it has to say about that Britain in the years immediately prior to WWII — and when it says so.  Scales of Justice was first published in 1955, just about a decade after the end of WWII; at a time when most of the world, and certainly Britain (and of course Germany) was still reeling from the effects of the war, and people were anything but willing to confront the causes of that war and take a close look at their own societies in the years leading up to it.  (In fact, in Germany the 1950s are now infamous for having produced a whole barrage of overly idyllic, kitsch as kitsch can movies dripping with the cloying, simplistic sweetness of clichéd romance and perfect Alpine scenery straight from the front cover of a high gloss travel brochure — all in response to the viewing public’s desire to blunt out the memory of the war years and evade any reflection on how the Nazi regime and the catastrophe it wrought could ever have happened in the first place.)  And while today we take it as a given that the Blackshirts and their ilk are a proper topic for discussion, in books and otherwise, I don’t get the sense that this was a given in 1950s’ fiction, particularly not in (ostensibly light) genre fiction such as this.  Yet, here the topic is front and center: kudos to Ms. Marsh for having the guts to give it this sort of exposure at the time when she chose to do so, and also for not falling into the trap of an overly convenient solution to the mystery into the bargain.

Linguistically and as far as the characters are concerned, too, this is Marsh at the top of her game: Her (professionally trained) painter’s eye makes it easy for her to create the Swevenings setting in the eyes of her readers’ minds in turn, and her ear for dialogue and experience as a director on the classical (Shakespearean) stage allows her to establish character with just a few well-crafted strokes of her writer’s pen.  The book’s imagery, from the setting, names (“Edie Puss” indeed …), and the titular double-entendre (which is expressly referenced in the book) to the cunning old trout that seems to be at the heart of so much of the village squabble is always spot-on and frequently tongue in cheek.  Alleyn — for once only accompanied by Inspector (“Br’er”) Fox, not also by his wife, painter Agatha Troy — is in fine form and, thanks to his customary focus on the physical evidence and the timeline of events, quickly able to distinguish the material and the immaterial.  My favorite characters are, of course, the representatives of the local feline element; in particular one Ms. Thomasina Twitchett.  The book is not burdened by any of Marsh’s shortcomings (such as anti-gay prejudice and a sorrowful lack of knowledge of organized crime, which didn’t stop her from writing about it on occasion).  Instead, it is a superb example of Marsh’s writing at its best — human society and behavior acutely observed and both incisively and empathetically rendered, balancing just the right amounts of humor, scorn and dispassionate analysis, and a crackingly fiendish mystery to go with it all. 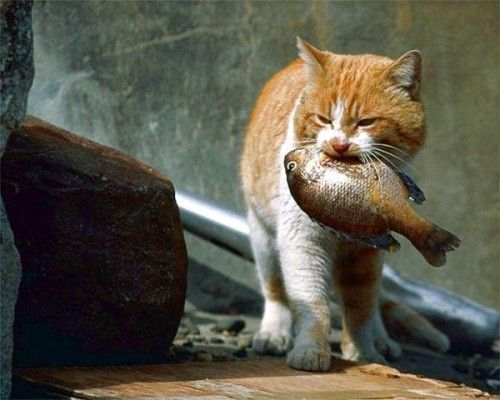 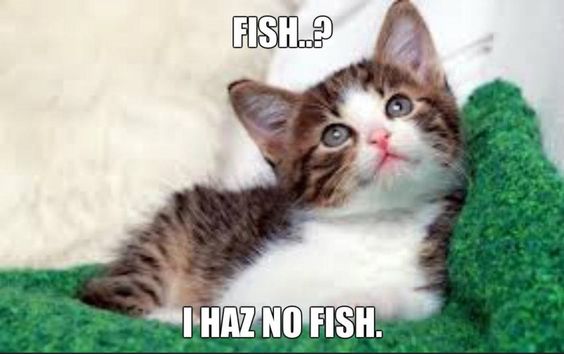