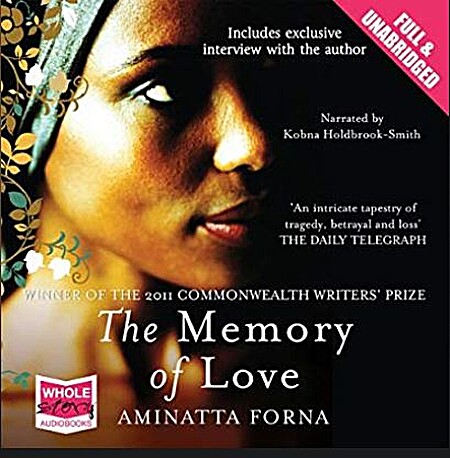 On Trauma and Healing (of Sorts)

Sierra Leone gained independence from British colonial rule in 1961, but, like so many other African countries, after enjoying a few brief initial years of peace and democracy, it was torn apart by dictatorial rule, military regimes, civil war and corruption in the decades that followed.  As a result, surveys have shown that a staggering 99% of the population exhibit symptoms of post-traumatic stress disorder.

This is the background against which the events in Aminatta Forna’s novel The Memory of Love unfold.  Don’t be fooled by the title: Yes, love in all of its shapes and forms is a driver of people’s motivations here, but this book is about so much more — it’s a vast, virtually boundless tapestry of events, emotions, action and reaction, illness and health (mental and otherwise), war and peace, ambition, greed, selflessness, loss, beauty, ugliness … and again and again, trauma; pathological, emotional and in every other respect you can imagine.

Forna unveils the enless layers of the novel’s complex tapestry with a painstaking and almost painful slowness and care (as a result, it is virtually impossible to describe the plot without giving away major spoilers): The events, alternating between the late 1960s / early 1970s and the present day, are told from the point of view of three men — Elias Cole, a former university professor lying on his deathbed in a Freetown hospital and telling his story to Adrian Lockheart, an English psychologist who has come to Sierra Leone with an international aid organization but has decided to stay on and help since he specializes in PTSD, and Kai Mansaray, a surgeon at the hospital where Elias is wheezing his way back through his life for Adrian’s benefit (and his own — or so Adrian hopes).  Though strangers initially, over the course of the novel it becomes clear that the three men not only establish a relationship in the here and now but that what connects them goes deeper and has roots in the past; their own as much as the country’s.  At the same time, through the PTSD sufferers that Adrian treats at a nearby mental hospital (not the general clinic that ties him to Elias and Kai but a different place), through his and Kai’s friends and colleagues, and through Elias’s narrative and the men and women inhabiting it, in turn, Sierra Leone itself and its people collectively become a further main character to the novel — the one that, ultimately, is the most important one of all and which drives every action and event; a huge, many-limbed, monstrously traumatized and brutalized organism that can’t help but swallow its own constituent organs — its own people — and those whom it does eventually spit out again after all will be changed forever.

It took me a while to get into this book, and this is not the kind of novel that you can race through in a day or two (or at least, I can’t).  But this definitely is one of my reading highlights of this year — and this reaview wouldn’t be complete without me giving my due and hartfelt plaudits to Kobna Holdbrook-Smith, whose unmatched, deeply empathetic narration lifted an already profound, complex and harrowing reading experience onto yet another level entirely.  Highly, highly recommended.

3 thoughts on “Aminatta Forna: The Memory of Love”