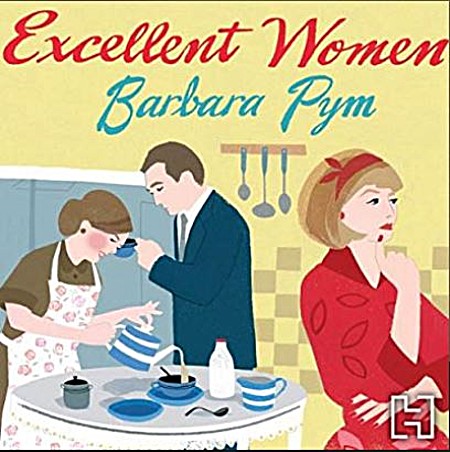 The same kind of seemingly unassuming writing, combining gentility (and apparent gentleness) with acute, razorsharp, detached observation of both society and its individual constituents, and a very subtle sense of humour.  Pym, like Austen, is far from being a revolutionary, but she notes the state of the world in which she lives and comments on it with wry humour and the self-deprecation only possessed by those who are truly beyond the need of advertising themselves.  And, of course, like all great writing (Austen’s included), Pym’s feels relevant and — to use a word much bandied about in connection with this particular buddy read — “relatable” long after first having been published, in a world that (at first blush) seems to have undergone quite a number of drastic turns since.

Like Austen’s, Pym’s writing abounds with memorable quotes — in lieu of pausing every other minute to post yet another one while I was reading / listening to the book, let me just share this:

“‘You could consider marrying an excellent woman?’ I asked in amazement. ‘But they are not for marrying.’

‘You’re surely not suggesting that they are for the other things?’ he said, smiling.

That had certainly not occurred to me and I was annoyed to find myself embarrassed.

‘They are for being unmarried,’ I said, ‘and by that I mean a positive rather than a negative state.'”

Preach it, Mildred — and Barbara, of course.