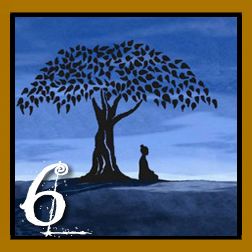 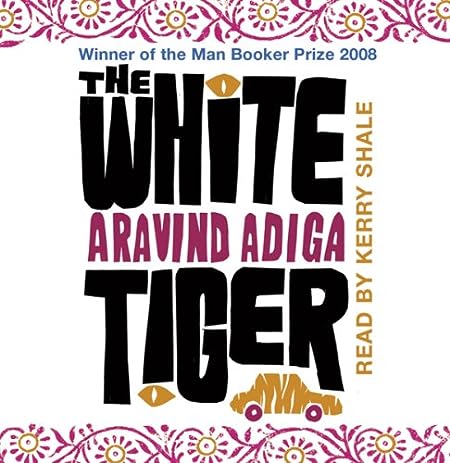 I have a suspicion bordering on phobia of pretty much every book being marketed as the greatest thing since sliced bread; and after this book won the Booker Prize, that suspicion / phobia certainly came into play big time here.  So it was that it took me almost 10 years, and the discovery that there is an audio version read by Kerry Shale, for me to go near it after all.

The White Tiger is, ostensibly, a letter by one Ashok Sharma (aka Balram Halwai) to the Chinese Prime Minister who, All India Radio has just announced, intends to visit Bangalore in order to learn about entrepreneurship — and that magic word has caught Mr. Halwai’s attention:

“Apparently, sir, you Chinese are far ahead of us in every respect, except that you don’t have entrepreneurs.  And our nation, though it has no drinking water, electricity, sewage system, public transportation, sense of hygiene, discipline, courtesy, or punctuality, does have entrepreneurs.  Thousands and thousands of them.  Especially in the field of technology.  And these entrepreneurs — we entrepreneurs — have set up all these outsourcing companies that virtually run America now.

You hope to learn how to make a few Chinese entrepreneurs, that’s why you’re visiting.  That made me feel good.  But then it hit me that in keeping with international protocol, the prime minister and foreign minister of my country will meet you at the airport with garlands, small take-home sandalwood statues of Gandhi, and a booklet full of information about India’s past, present, and future.

That’s when I had to say that thing in English, sir.  Out loud.

I don’t just swear and curse.  I am a man of action and change.  I decided right there and then to start dictating a letter to you.

Don’t waste your money on those American books.  They’re so yesterday.

And so, over the course of seven nights, Mr. Halwai proceeds to tell the story of his life, from a poor childhood in “the darkness” on the shores of the Ganga (Ganges), to an existence as a rich man’s driver and servant in Delhi — until fate puts the means into his hands to “better” himself and at last become the “entrepreneur” as who he presents himself to his reader: having watched and learned from his observations in his Delhi master’s service until he himself had mastered the Indian game of business, politics, and public life; and firmly believing all the time that he really is, as a school inspector once made him believe, “that rarest of animals, the creature that comes along only once in a generation — the white tiger.”

It’s a tale set against a vast, colorful, chaotic and utterly depraved canvas: though I hate describing books by way of a reference to another author’s writings, The White Tiger really does remind me of the early works of Salman Rushdie; there is the same sort of exuberant narrative voice, enjoyment of word play, humor, tumult of persons, events and sensous experience, and the same sense of urgency underlying the story being told — albeit, however, with one crucial difference: Salman Rushdie’s protagonists, particularly in his early novels, may be deeply flawed; they may even set themselves outside of formal law, but deep down, they are not amoral.  Yet, there is no question that this story’s narrator is; as are, indeed, the majority of the characters populating this book.  That didn’t take away one iota of my enjoyment; in fact, anything but a profoundly amoral narrator wouldn’t have worked in this particular context, and the last thing Balram Halwai himself wants is the reader’s compassion or sympathy — he wants his applause.

But to the extent that the “white tiger” himself is a product of Indian society, this book also operates as lacerating an indictment of modern Indian society as is possibly conceivable — even if the indictment of a writer who seeks to cure ills by mercilessly exposing them — and that, too, is a distinguishing mark from Rushdie’s writing: Rushdie, even during and in the aftermath of the fatwa (which had made him persona non grata in India just as in the Muslim world and even in certain places in the West) never lost his abiding sympathy for India.  He was (and is) certainly not blind to its manifold flaws, but the Indian subcontinent he describes, and its representatives in his books, always have some sort of redeeming quality that counterbalances an undeniable ill; and they’re frequently a heck of a lot more sympathetic than the same novel’s Westerners.  When it comes to India, Rushdie would, I think, always argue that people are flawed, society is made up of people, and hence society is necessarily flawed — but people, and hence society, are / is way too multifaceted to be reduced to their flaws only.  Mr. Adiga might even agree on this; The White Tiger doesn’t read like a book written by someone who has given up on his country and is just airing his grievances.  But he clearly believes that shock therapy, albeit sweetened by humor, is what is urgently called for.

The one thing that probably contributed most to my enjoyment of the wild ride on which Mr. Adiga invites his readers — other than this book’s narrative voice — was its audio narration by Kerry Shale.  To stick with the Rushdie comparisons for a moment longer, in the Satanic Verses there is a character nicknamed “the man of a thousand voices”: that, in a nutshell, to me is Kerry Shale.  There are many audiobook narrators that I greatly admire; yet, while they all manage to switch characters, and hence voices, and go from a rumbling bass to a high pitch and from the Queen’s English to Texan drawl or any other sort of accent seamlessly and in the blink of an eye, and thus give each character their own, unique voice and personality, I have yet to come across any narrator who has perfected this ability to as high an art form as Mr. Shale — and it’s on marvelous display here as well.

I listened to this book for square 6 of the 16 Tasks of the Festive Season — Bodhi Day: “Read a book set in Nepal, India or Tibet.”  Given that the book’s narrator works as a servant for the better part of the story, it would however also work for square 15 (Boxing Day).