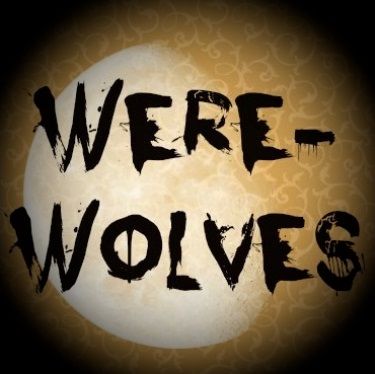 I’m not a big fan of werewolf or shifter literature — but I’ll gladly use any excuse out there to read another book from Terry Pratchett’s Discworld series, so here we go!

Men at Arms is part of the Night Watch subseries; it’s the first book in which the Watch’s werewolf recruit Angua makes her appearance, and to lasting effect … though the star of this particular instalment, truth be told, is a flea-ridden canine mongrel about a third (or a forth) Angua’s size named Gaspode who’s acquired the gift of speech (and trust Pratchett not to go all soppy and anthropomorphic on this one).  After a bit of a meandering beginning, the story settles on the mysterious disappearance of a unique, lethal invention by local polymath Leonardo da Quirm, consisting of a barrel connected to a cylinder holding six cartridges filled with a “No.1 Powder” that are discharged pyrotechnically, and known as “the gonne”.  Very much to the Guild of Assassins’ annoyance, Sam Vimes and his Watch (which in addition to Angua has also acquired a dwarf and a troll recruit) discover (1) the “gonne”‘s existance, which had heretofore been a closely-guarded secret, (2) the fact that it had been entrusted to the Guild of Assassins for safekeeping, (3) the fact that it seems to have been stolen, and (4) the fact that it seems to be associated with several suspicious deaths occurring in quick succession.

Furthermore, we learn that Sam Vimes is getting married, and how it comes about that (despite all appearances to the contrary) he remains with the Watch after all and the subseries doesn’t come to a grinding halt with this particular book.

Although I loved Angua’s and Gaspode’s exchanges in particular, for some reason this book didn’t grab me quite as much as some of the others in the series — though don’t get me wrong, this is measured only by Pratchett’s very particular standards.  I’ll be the first to admit I’m fairly spoiled at this point, and I’ll gladly take any book by Pratchett over many another writer’s best efforts.