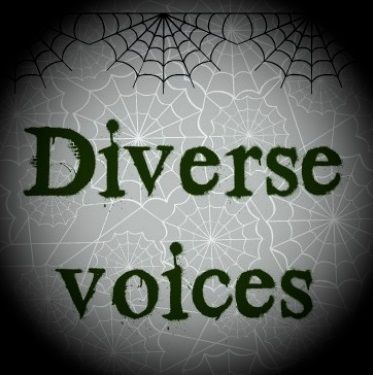 I “rediscovered” James D. Doss’s Charlie Moon series during last year’s bingo — in fact, I had been sufficiently impressed with what I’d read about the books when I first found out about them years ago to buy several of them at a time, only to let them get buried, however, under a pile of other purchases in the interim.  Thank God, therefore, for last year’s “Full Moon” square, which made me undust White Shell Woman, the serie’s no.7 book … whose events follow closely on the heels of Grandmother Spider, the book I chose for this year’s “Diverse Voices” square!

Charlie Moon, the series’s protagonist, is Acting Chief of the Ute Tribal Police; he usually teams up in his investigations with his friend Scott Parris, the Police Chief of Granite Creek, CO (who used to be the protagonist of the series’s first book — though Charlie took over from him soon enough).

Doss seemed to have a penchant for doings during dark and stormy nights; however, there is nothing Bulwer-Lytton’ish about his settings: You could easily be scared sh*tless by the atmosphere that he creates, if it weren’t for the laugh-out-loud crap shots that he takes at himself and his characters just when things are on the point of getting serously spooky.  As such, at the beginning of Grandmother Spider, Charlie Moon’s aunt Daisy — a Ute shaman and tribal elder — at nightfall tells her nine year old ward Sarah the legend of Grandmother Spider, a giant arachnid demon / deity / monster / spirit believed to live below Navajo Lake, to come out and avenge the death of any spiders killed by humans (such as, you guessed it, Sarah has just done) and to store any human bodies she isn’t ready to eat just yet high up in a convenient tree.  (Shelob and her kin from The Hobbit, anyone?)  Only minutes later, they are confronted by a huge, round thing with eight tentacle-like legs and flashing lights that may or may not be eyes, flying past Daisy’s trailer at the mouth of Canyon del Espíritu in Southern Colorado … which does an instant vanishing act after having absorbed two rounds of bird shot that Daisy has emptied into it on the suspicion that it just might be a UFO carrying space aliens.  Minutes earlier, the same mysterious apparition has already been witnessed, in not-quite-biblical fashion, by a lone sheperd watching his flock at night on a nearby mountain ridge (failing any other logical explanation, he blames the apparition on the Government in D.C., once more out to annoy its loyal citizens out West), and somehow, the whole thing also seems to have something to do with the unlikely drinking-and-fishing — mostly drinking — fellowship spontaneously formed on the shores of Lake Navajo by a Ute tribesman and a New Mexico scientist passing through on his way to Albuquerque, who maybe would have done better heeding the warning in the rearview mirror of the Ute’s truck: “Caution: Objects in mirror are closer than they appear.”  (One of them will, shortly thereafter, be discovered in a state of severe hypothermia up a tree quite a distance away, which of course does nothing for dispelling the supernatural overtones of these events.)

The solution to it all is, I am happy to report, anything but supernatural; however, high marks to Mr. Doss for sheer wackiness and invention alone.  What I like most about his books, though — aside from his dry and spot-on sense of humor — is the way in which the Native American spiritual world and beliefs and the secular world of the late 20th century blend together in a truly engaging storyline, with equal respect being paid to both; and on that count, Grandmother Spider delivers every bit as successfully as White Shell Woman.  What a pity Mr. Doss passed away in 2012 and there will be no new instalments to the series … though I am looking forward to the 15 volumes I have yet to discover!